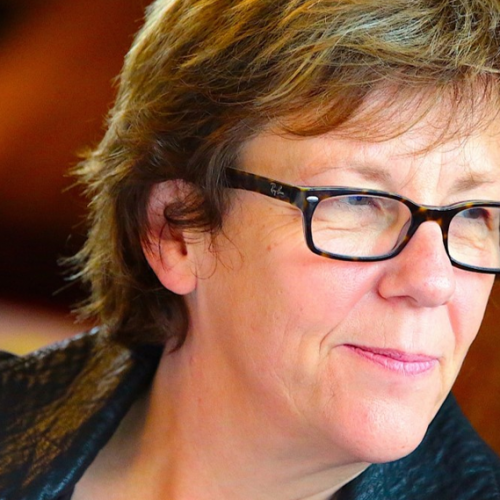 The Food Talk Radio Show showcases food tech, food innovation and to promote artisan producers. Food and drink experts from around the country join presenter Sue Nelson to discuss the latest trends in everything from distribution and delivery, and from taste profiles to tech innovation.

One cold, Tuesday evening, CSR members decided to embrace some panto magic (Oh yes we did) at the Marlowe Theatre in Canterbury. The pantomime was once again produced by Evolution Pantomimes and the star-filled cast and special effects allowed us all to re-live the story of Cinderella in style (obviously with a little audience participation necessary).

The ugly sisters were played Marlowe legends Ben Roddy and Lloyd Hollett and the pair did not disappoint with their exaggerations and heaps of local banter.  Also, shout out to the costume designers for their incredible ugly sister outfits, I lost count of the amount of costume changes there were, but what those two would come out wearing next was anyone’s guess (if anyone could let me know where I could get my hands on that WKD outfit, I’d be eternally grateful). The sisters were quick to point out a ‘fancy boy’ in the audience (with the help of a massive inflatable finger) and subsequently continued to rip the guy to shreds, to our (and the poor lad’s girlfriend’s) amusement. The ‘barrel’ scene this year was based around Disney characters and was very well written and performed and the jokes were…. (I mean, true panto cheese is probably the best way to describe them).

Other main cast included Harry Reid who is best known for his part of Ben Mitchell in Eastenders. I have to say his cockney accent definitely added to the role (and who knew he was such a good rapper??) although being from Gravesend caused him a lot of stick from the cast, poor lad. Another soap star, Sally Lindsay, known for her role as Shelley Urwin in Corrie, played the Fairy Godmother. Her take on the role was unique (as I guess any Mancunian Fairy Godmother would be), and she was certainly able to relate to the audience, whip out some rhyming couplets and have fun with it.

The audience (me included) especially liked Buttons played by Phil Gallagher, otherwise known as Mister Maker (the legend himself) and it was a nice little touch when he was able to show off his ‘making’ skills. Buttons had a hard time all the way along, especially when he’d been ‘friend zoned’ (bless him) but hopefully the sympathy from the audience made him feel a bit better. Gallagher was able to engage the audience, get them clapping along and raring to go the minute the curtain was up. He led the sing-a-long rendition of ‘Cinderella had a farm’ just before the finale scene to end the show in style (this was helped by the chosen audience member who chose snake as a farm animal…)

Without giving too much away, a great addition to the Marlowe Panto this year was the performance of Duo Fusion, an act formed by Connor Byrne and Tiffany Gain who specialise in aerial skills and accro adagio. I’m no expert but the pair had incredible strength, a slick routine and their great talent definitely added another thrilling dimension to the production.

Cinderella contained all the usual panto gags including a ghost scene (it’s the law apparently??) and there was a variety of music to suit all ages with hits from the School of Rock, the Greatest Showman as well as classics such as ‘Let me Entertain you’. The music, the dancers and the staging all came together for one great modern take on a classic fairy-tale.

I will always love pantomimes and this one was no different. I can’t recommend the Marlowe panto enough to suit people of all ages (seriously there are jokes for everyone). Get yourself down to see it before the 6th January and enter into the Panto spirit that we all secretly love (and don’t tell me it’s behind you).

The Food Talk Radio Show showcases food tech, food innovation and to promote artisan producers. Food and drink experts from around the country join presenter Sue Nelson to discuss the latest trends in everything from distribution and delivery, and from taste profiles to tech innovation.